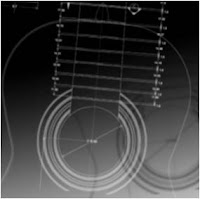 The art of restoration is quite often something which goes on behind closed doors.  The art of the luthier (someone who repairs lutes and other stringed instruments) is something that few have an opportunity to see.

So when Toni Valls Pou, an audiovisual producer and editor, was approached by luthier Antonio Manjón a certain proposition was hard to resist.

Manjón had already restored the 19th century Spanish guitar you can see in this remarkable video. He came to Valls with three boxes of slides and some plans. The great challenge was to explain the process based only on those elements. We think you will agree that he made a fine job of it!

great vid. i've an old turn of the century lute-guitar that needs restoration, but sorely lacking the skills to attemp it.

awesome! I have a lute also. When I found mine the round back was chopped off - probably so it would hang on the wall flat. Once I build up my skills she will make music again!